According to the U.S. Department of Health and Human Services, over 20,000 children age out of the U.S. foster care system each year, putting them at an increased risk for homelessness, unemployment, pregnancy, prostitution and incarceration.  This 2012 infographic courtesy of the Dave Thomas Foundation for Adoption illustrates some of these risks: 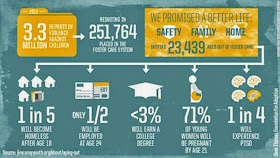 This is a crisis which cannot be ignored.


The production of a public television documentary which tells the stories of five teens who were adopted by loving families is underway.  In addition, this documentary, appropriately titled Unconditional Love,  will also be highlighting organizations which have found successful strategies in finding adoptive parents for youth in foster care.


To make a tax deductible donation to the crowdfunding campaign to fund the filming of Unconditional Love and/or to help spread the word about the film please refer to the following links: 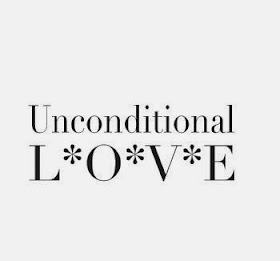