Did You Know Steve Jobs Was Adopted?

I thought I had a fairly good list in my mind of "Influential Adoptees" when I saw the following video for the first time on You Tube:


But I must have forgotten that Steve Jobs was on the list (and in the clip) until recently when I came across this blog, created by a former foster child, and I saw a post dedicated to famous people who were foster children or adopted.  Interesting.  It looks like Cher and Willie Nelson were fortunate to have family members who were able to step in and take care of them when their parents were unable to do so. 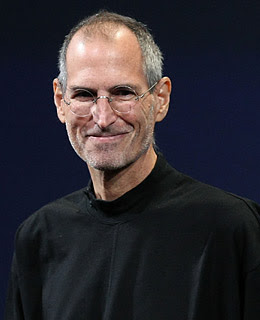 Thank You for the contributions you've made to the world of technology.

Incidentally, while I was Googling a picture of Jobs for this post I came across Top 10 Things You Didn't Know about Apple's Co-Founder.  More interesting stuff, of course, but I cringed at the innapropriate adoption language they used in Fact #2:  "Steve Jobs' biological mother gave him up for adoption one week after giving birth."

A GENTLE REMINDER:  Birth mothers don't "give up" their children, they place them! 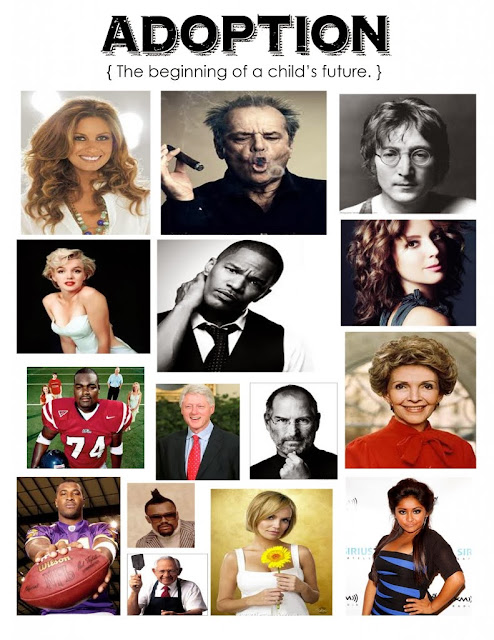 http://college.studentsforlife.org/flyers/adoption-the-beginning-of-a-childs-future-2/
Posted by Mary at 8:01 AM

Love that last line...so true and something that I probably haven't thought about enough. Thanks for being sensitive to such issues and sharing your heart here!

I didn't know Steve was adopted! I agree, birth mothers place their baby with someone who can take care of them.