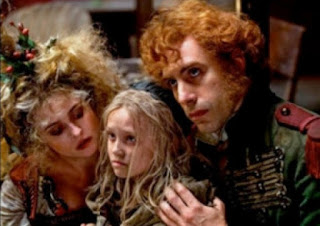 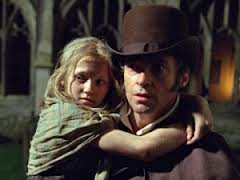 "I don’t think of them as adopted – they’re our children. Deb and I are believers in … I suppose you could call it destiny. We feel things happened the way they are meant to. Obviously, biologically wasn’t the way we were meant to have children. Now, as we go through life together, sure there are challenges, but everyone’s in the right place with the right people. It sounds airy-fairy, but it’s something we feel very deeply.”
Posted by Mary at 9:07 AM 3 comments

I've always been a sucker for demographics & inferential statistics (one of my majors in college was Sociology) and I also appreciate when things are put together in a visually pleasing manner (as in subway art or commercial graphics) so I thought the following infographic on Adoption in America, compiled by graduate students in Social Work at USC this fall, was very interesting:

However, as well designed and researched as this infographic is, there was one word used in the infographic which recieved a lot of criticism from members of all sides of the adoption triad in the adoption community- and that was the word "orphan" which was used to describe all children who are adopted. 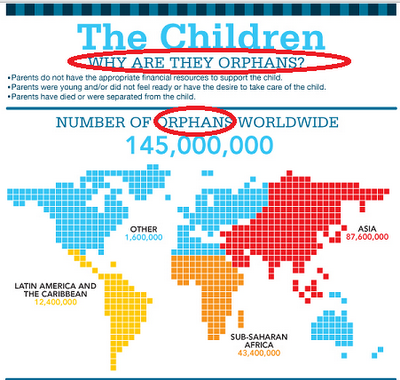 I don't know about you, but when I hear the word "orphan" I associate it with children in third-world countries who have lost their families or been abandoned because of tragedy- namely, natural disasters, epidemics, wars, and extreme poverty.

As for my own experiences with adoption (thus far), we adopted our daughter as a newborn through a private domestic adoption when her mother voluntarily relinquished her parental rights and chose us to be her parents. Although our daughter is adopted, I've never considered my daughter to be an "orphan" because she was never abandoned by her parents or lost them through death- rather, she was placed with us out of love. And we have never felt that her birthmother placed her with us because she didn't have the desire to take care of the child. (See the second criteria in the infographic "WHY ARE THEY ORPHANS?")

Assuming that all children who were adopted had parents who didn't have the desire to take care of them, and therefore, meet one of the definitions of an "orphan" does a disservice to both the adopted child and their birthparents. Furthermore, if all adopted children are labeled as "orphans" then it automatically turns adoptive parents into saints for "rescuing" them from a bad situation- which may or may not be true of their circumstances.


Our daughter happened to join our family in a not so typical way.  I consider how she came to us to be a technicality (although a miraculous one) because the question of how she got into our family has always come secondary to the fact that she is a part of our family. I don't consider us adopting her to be an act of charity or pity- so when people say something like "You're so great for adopting!" or "She's so lucky to have you" I think, "No, actually, we're the ones who are lucky to have her!" In my opinion, it's the selfless birthparents like her birth mother who make families like mine possible in the first place who deserve praise.

In the case of foster care, there are many birthparents out there who do have the desire to take care of their child, but who are unable to do so, and they don't have the choice or option of keeping their parental rights or choosing where their child ends up. This causes me to speculate (because I do that a lot, in case you haven't noticed) and I wonder: In the future if we are able to adopt one of our foster children after their parents' rights have been terminated or if we adopt a waiting child from the U.S. foster care system, would they be considered an "orphaned" child even though they didn't necessarily come from an orphanage or from a poverty-stricken country? Because, technically, a child in foster care pretty much fits the definition of a child who has lost their parents through tragedy- perhaps not the same kind of tragedy as a tsunami or civil war- but because of the tragedies of drug addiction, neglect, abuse, or even mental illness.

1) MONEY (or rather lack of money) seems to be a big reason as to why children are orphaned, as the very first criteria of the Infographic stated in answer to the question "Why are they orphans?"


Money is also a huge determining factor for adoptive and prospective adoptive parents in being able to adopt- especially internationally.  On that note, THANK GOODNESS for the extension of the Adoption Tax Credit.

2) As for the hundreds of thousands of orphans in Russia who have even less of a chance of being adopted now because of Putin's recent purely politically motivated ban on U.S. adoptions- WHAT A TRAGEDY! I can't even imagine what the prospective adoptive parents who have been matched and met with Russian children they plan on adopting must be going through right now.
Posted by Mary at 6:06 PM 3 comments

Alternate Title:  My Excuse For Not Posting in Over a Month!


As if the holiday season isn’t busy enough, just five days before Christmas we got a call from DCFS about a sibling group: a 2 year old boy and his 9 month old baby brother.  (Technically they’re half-brothers which makes weekly visits and kinship options a bit more extensive).  Within an hour of the initial call and after talking things over with my husband and praying about it (because bringing two more children into your home certainly isn't a decision to be taken lightly!), we called our Resource Family Consultant back and said we would take the boys. Early that evening we picked them up.  This was the sixth Christmas we’ve had with foster children in our home and it makes the season much more meaningful to “make room in the inn” so to speak.
We've never parented more than two children at a time before so this is certainly a new adventure for us.  So far the transition is going relatively well for both the boys and for our family.  When I first heard the details of their case I expected them to be much more delayed and neglected than they seem, so I was pleasantly relieved not to find any obvious signs of neglect (diaper rashes, attachment issues).  I’m guessing the biggest challenge for them has been trying to adjust to their new environment and structured routines with regular mealtimes, bedtimes, naptimes, etc
As for us, the biggest challenge has been trying to decipher what the 2 year old (who I will be referring to as “Ty”) is saying as he is very speech delayed and a little behind in motor skills as well. I’m going to have to be very proactive with the State to advocate for his early intervention needs and get him the speech and occupational therapy he needs so that he doesn’t get overlooked and fall further behind.  We also have the challenge of putting some meat on Ty’s bones as he is skin and bones- his ribs stick out like an Auschwitz victim and many of his pants are constantly falling down since he is so skinny around the waist.  To complicate matters he has some food sensitivities and allergies which make it harder to fatten him up.  Thankfully, the baby (who I will refer “Ian”) still has plenty of reserves of baby fat on him.
Our daughter is happy to have a foster sibling again and she alternately nurtures these boys and takes them under her wing one minute and then bosses them around the next minute.
Posted by Mary at 8:45 AM 0 comments