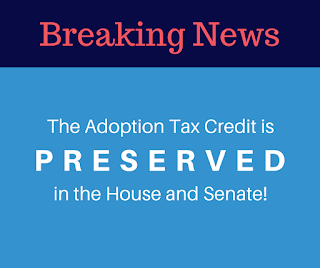 Sometimes as a foster parent I feel like I have very little power in actually implementing real change in the foster care system.  After all, I'm not in a position of influence and lasting change often requires funding and legislation.

I thought it was timely that last month in one of my graduate Social Work courses I had a short assignment following the completion of reading the textbook chapter on child welfare issues in which I was to answer the question,

"Identify three problems with the current children, youth, and family service delivery system.  What are some possible solutions?"

"Just three?" was my first thought. 😜 Before I even started reading my textbook chapter the first thought/pet peeve that came to my mind was: "I hate it when the best interest of children gets overlooked because the rights of bio family takes precedence!"  Which got me thinking, "What could change or what has worked in the past to solve this problem?"  Enacted time limits for the amount of time children stay in foster care so that they can have permanency is something that has worked- in theory at least.

Another possible solution for making sure that the best interest of children in foster care are met could be more involvement on the parts of their guardian ad liteums.  In over a decade of fostering I have only had two GALs make home visits on behalf of the children in my care.  And I don't think it's that GALs don't want to be involved, but it's probably the same principal with caseworkers: they have too large of a caseload to devote the individual time they would like to each case.  That is why I love hearing about CASA volunteers- Court Appointed Special Advocates.

Another problem with foster care that came to my mind is simply too few foster homes available.  But how does one solve that problem?  Awareness can be spread, but fostering is hard and is not for everyone, so I don't think anyone should become a foster parent out of guilt.

As for adopting from foster care, I know that the affordability is a big incentive and factor for families.  This goes back to the Adoption Tax Credit, which I mentioned at the beginning of this post.  If a family is going to bring another child into their home (or more than one child at a time in the case of sibling groups) that's KIND OF A BIG DEAL!  Especially if there is a high probability that the child will have special needs which can be time-consuming and expensive.  I know that when my husband and I were first exploring fostering or adopting from foster care, learning that adoption subsidies could be available and that insurance for the child would be provided through Medicaid came as a relief to us financially- especially when we debated whether or not to accept sibling groups as a foster adopt placement or to inquire on sibling groups who were already legally free for adoption.

Those are just a few of my thoughts about changes to the children, youth, and family service delivery system.  As for my school assignment, I tended to focus on specific acts of legislation enacted to deal with some of the problems that have and still exist in the foster care system which were specifically mentioned in my text:

Reading Response 3
Three problems with the current children, youth, and family service delivery system are: intervention when it is too late, children aging out of the foster care system with no permanency, and the overrepresentation of children of color who are placed in foster care and remain in foster care longer than white children.
Most interventions for families occur after the problems have occurred, so the services are residual in nature rather than preventative.  One solution to this is a focus on in-home services which deliver services to families before children have to be placed in foster care.  These services are also much less costly than have a child in an out-of-home setting.  The good news is that studies show that children who receive in-home services have lower rates of PTSD symptoms than children placed in substitute care.  (Ambrosino, p.348) The bad news is that research shows that any short-term gains achieved by in-home service don’t persist over time.
Each year 20,000 youth “age out” of foster care when they turn 17 or 18 because they are unable to return to the care of their parents and are not adopted.  Youth who age out of foster care are at a greater risk for substance abuse problems, homelessness, incarceration, teen pregnancy and even sex trafficking.  One of the solutions to this problem is child welfare advocates pushing for the age of when children are forced to leave foster care from 17 or 18 to 21 years old.  In 1986, PL 96-272 established the Independent Living Program which provided funding for states to strengthen services to youth 16 and older who either were in or had been in the foster care system. Another specific piece of legislation which was intended to help youth who leave foster care get extra support including access to health care, life skills training, housing assistance, and counseling was the Foster Care Independence Act, passed in 1999.


Because African American children are more likely than white children to be placed in and remain in foster care, Congress passed the Multiethnic Placement Act in 1994 (Ambrosino, p. 365) which prevents children from being denied being placed with a foster or adoptive home solely on the basis of race, color, or national origin of either the child or the foster adoptive parent.  Other foster and adoption agencies have implemented special outreach programs to African American and Latino communities in an effort to recruit adoptive parents.

ANY FOSTER PARENTS, SOCIAL WORKERS, CHILD WELFARE ADVOCATES, CASAs, GALs or  especially CURRENT OR FORMER FOSTER CHILDREN READING THIS:  Is there anything else you would add to the list?  What do you see as the biggest problem or problems within the child welfare system?  And what are some possible solutions?
Posted by Mary at 8:42 PM 1 comments