"She's Both Our Baby"

Here's an experience that happened over a month ago which touched me deeply.  I just haven't gotten around to writing about it yet:

At the close of an appointment Rose and her mother and I were in the lobby talking with each other.  A little girl who had been playing in the designated children’s play area of the office was drawn to Rose who was happily babbling away in her car seat.  This little girl quietly approached me with a toy in her hand, and after giving the baby a shy smile and then looking up towards me she asked “Is this your baby?”.


Let me preface what happened next by just saying that lately my emotions regarding Rose’s future departure have been extremely tender and close to the surface.   As soon as I think about how much time we have left with her my eyes start welling up with tears or I feel a lump starting to form in my throat so I busy myself with something else to try to put it out of my mind.  Not only have I been struggling with those feelings all too familiar with foster parents at reunification time, but they have been compounded by all sorts of additional fun emotions and issues surrounding infertility which seem to be creeping up on me lately and rearing their ugly head, too.  UGGGH!   So when this little girl asked me a simple question “Is this your baby?”  it really stirred up some feelings of grief and loss within me.


“No.” I calmly and kindly explained to the little girl.  “She’s her baby.” I said as I pointed to Rose’s mother.  Despite my inner sorrow, I tried to keep my composure and not visibly show all the complex feelings stirring up inside of me (at least I didn’t think I did).   Then, without a moment’s hesitation, as soon as Rose’s mother heard my reply she piped up and confidently said, “She’s both our baby.”


I was so deeply touched by those four profound words that came out of Rose’s mother’s mouth that I turned to her and said, “That’s sweet of you.”  And although I am normally not a touchy/feely person with other adults I found myself squeezing her petite frame to my side in a somewhat awkward but very sincere side hug.


The little girl excitedly announced, “This is for her!” and gently placed a toy just in front of Rose’s reach.  We both thanked her and a look of pride in her ability to share crossed the little girl’s face.  I might also add that this appointment was not in the DCFS Office, otherwise the phrase “She’s both our baby“ would have been easily understood by anyone in the room who happened to overhear it, so when Rose’s mother made the proud announcement of “She’s both our baby” a middle-aged man seated nearby did a 180 degree turn in his seat and turned around to look up at us with the most blatantly confused look on his face.  Maybe he thought we were in some sort of a Jerry Springer situation or he couldn't help but make some assumptions- Who knows.  His reaction was so amusing to me and it definitely added some much needed comic relief to the experience as I let the tears flow freely on my ride home.
Posted by Mary at 7:31 PM 6 comments

So many blogs . . . so little time! I have a hard enough time keeping up my own blogging let alone reading the blogs of others. Thank goodness it's a rainy day and I'm all caught up on the laundry!
Adoption Magazine is hosting a Blog Hop open to bloggers on all sides of adoption- birthmothers/firstmothers, adoptive parents, adult adoptees, those involved in domestic, international, open, closed, special needs, transracial adoption and foster care. I'm sure there's something new I (and all of us) can learn from someone else's experiences. To peruse the different blogs or to join the blog hop click HERE. 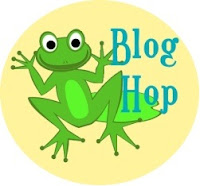 I attended a training for foster parents last month entitled “Working with Birthparents” which, as the title implies, focused on building relationships with birthparents as you care for their children.


At one point in the training, the question was opened up to other foster parents for discussion of “Why is it important to have a good working relationship with birthparents?”

A few foster parents shared their experiences and mentioned that having open communication between foster parents and bio parents makes the transition to either reunifications or adoptions so much easier on everyone involved.

I raised my hand and answered “It’s in the best interest of the child when they know that both sets of caregivers are working together for their good.”  I went on to further explain that it cuts down the sense of a divided “US” verses “THEM” mentality between foster parents and bio parents, which just isn’t helpful to anyone.
What surprised me the most about my answer was not that the phrase “the best interest of the child” came out of my mouth so easily and automatically (I honestly wasn’t trying to be a brown-noser or earn a gold star on my forehead- but isn’t the best interest of the child always the right answer and at the heart of child welfare?)  No, what surprised me most about my answer is that I actually meant it.
I can’t say I’ve always felt so comfortable or positive about working with birthparents.  In fact, next to the pain of reunifications, interacting with the parents of children who have come into foster care was probably the next biggest concern my husband and I had when we were first considering fostering.  Much of our concern had to deal with safety and privacy issues- because the thought of interacting with people who have criminal histories or ties to drugs and gangs isn’t something we exactly want to welcome into our family and personal life.  Neither was the thought of working with people who abuse or neglect their children.  Needless to say, when comparisons and judgments arise- because they inevitably will- it’s far too easy to (either consciously or unconsciously) develop a sense of superiority between myself as a foster parent and the bio parents of the foster children in my care.  After all, I bake cookies in my kitchen- not meth.  I’m not one of “those” parents.
It can be far too easy for others (myself included) to judge birthparents of foster children and have an attitude of smugness or to lean much more towards justice than mercy when considering their situation.  After all, they’re adults and should be held accountable for getting themselves into this situation (of having their kids getting taken away) in the first place, right?  But two other things I’ve learned as I’ve gotten to know my foster children’s parents is that:
1)      People generally do the best they know how.  If someone has grown up with violence in the home or if their parents abused and neglected them as a child it can be extremely difficult to break that cycle OR they may not realistically know any different way of parenting because they haven’t had the opportunity to see the right kind of modeling.  Does that mean that just because someone was abused or neglected that they’re going to abuse their children?  Well, of course not, nor does it excuse their actions if they do abuse their children, but it is helpful in trying to understand where they might be coming from.


2)     Even the most upstanding citizen or model parent can drastically change if they become enslaved by addiction.  I think probably the most tragic part about addictions is that they can turn even the most caring, selfless person selfish so that the things (and people) which were once a priority in their life come second to feeding their addiction- whether that addiction is to an actual substance, or to a pattern of abusive relationships.   Unfortunately, guess which job description always requires someone to put their own needs on hold until the needs of others are met?  Yep, being a parent.  Is it no wonder addictions tear families apart?

Perhaps the most surprising discovery I’ve made as a foster parent is that it’s not just about helping the children who come into care- they’re not the only ones who need help.  It’s ultimately about helping the entire family unit and that entails helping the birthparents as well.  Does that mean I have to be best friends with their birthparents?  No.  Does it mean I condone or excuse domestic violence or drug abuse?  Absolutely not.   But I think it’s definitely possible to “love the sinner and hate the sin” as Jesus did.
I think a huge part of learning to accept and even show respect towards others (especially when you don’t agree with them or have a hard time understanding them) is to put yourself in their shoes and try to see things from their perspective.  For instance, I can think back to the worst relationship I ever had with a birthparent of one of our foster children and it wasn’t until I came to the realization that every bit of criticism and resentment they aimed towards me (usually in a passive-aggressive way by complaining to the caseworker at weekly visits; the caseworker would then have to pull me aside and share that week’s complaint of what I was doing wrong in parenting their child)  Anyway, it wasn’t until I realized that this parent’s resentments and hatred towards me stemmed from their sense of frustration and fear of losing their child and/or jealousy of the fact that I was now the full-time caregiver of their child that I could brush things off and not take things so personally.  Think of how out of control and pissed off a parent must feel to have their child taken away (especially when it’s not the first time it’s happened) and to know that a complete stranger now has the power and freedom of raising their child as they see fit!


When birthparents and foster parents can put any differences aside and work together out of a shared concern for a child, then everyone benefits- not just the caregivers, but caseworkers, and most importantly, the foster child.
Posted by Mary at 6:37 AM 6 comments

This week’s Matching Mondays doesn’t have a specific theme, just a mix of children (sibling groups, single children, from the west, midwest, and the east, and toddlers to teens) in need of permanent homes. If your family would be a good fit for any of these children please make an inquiry! 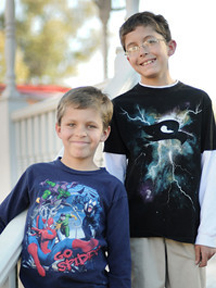 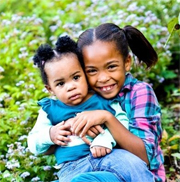 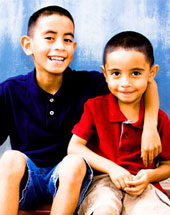 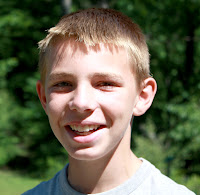 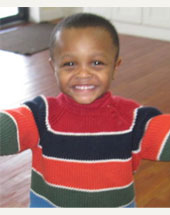 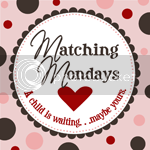