I laughed when I saw this cartoon and it reminded me of fostering: 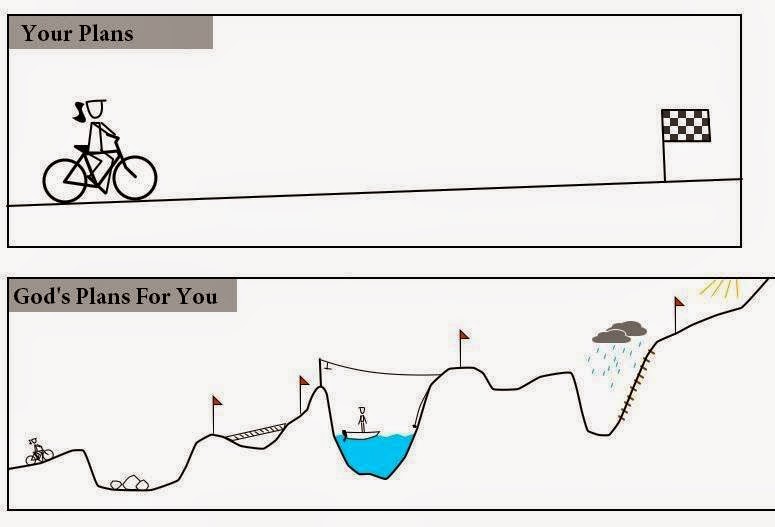 The emotional roller coaster of Jack and Jill's case continues with ever more unexpected twists and plunges.  Two short weeks ago I shared the news that Jack and Jill's father had decided to relinquish his parental rights.  I even expressed my concerns and speculations by saying:
Is it possible that Jack & Jill's father has come to the realization that he is not in a good position to raise his children and that even if their mother's rights are terminated they would be adopted into a loving stable home?  I don't know what is going through his mind but I think it's sad that he just stopped coming to visits without formally saying goodbye to his children.  Then again, maybe it would be too painful to have to say goodbye.

Incidentally, a few days after writing that particular post I asked the caseworker if Jack & Jill's father had any plans of coming to any more visits with the children or of formally saying goodbye.  The caseworker then shared a text with me from their father which answered a lot of my questions.  In the message to her he basically said that he knew that Jack was bonded to me as was evident by the way he would come to me after visits or when he needed to be comforted and that he knew I was taking good care of Jack as well as Jill.  Because of this, relinquishing his rights was an easier decision to make.  I felt better about things- not just for their father's sake but also because I was fast forwarding 15-20 years and thinking about if we did adopt Jack & Jill I could tell them that their first father did in fact love them and care about them very much.

So the past couple of weeks my concerns have been focused on their mom and with the kids returning to her care.  I even contacted the GAL and expressed some of these concerns.

Then just a few days ago I was in the lobby of the DCFS building with the kids and their caseworker waiting for their mom to arrive for their visit.  Their mom arrived but so did their dad- just a few steps behind her.   Long story short: Their parents got back together and the permanency hearing is just a month away.

That should be a good thing right- a family coming back together?  I wish I could say that I am overjoyed for them but I've fallen into the trap of "US vs. THEM" thinking and have had to remind myself that it isn't a competition between my family and Jack and Jill's parents.

I was also extremely humbled when the thought came into my mind "Heavenly Father loves her (Jack & Jill's mom) as much as he loves you."   And then when I came across this thought just yesterday I knew that it wasn't just a coincidence but that God was trying to teach me something. 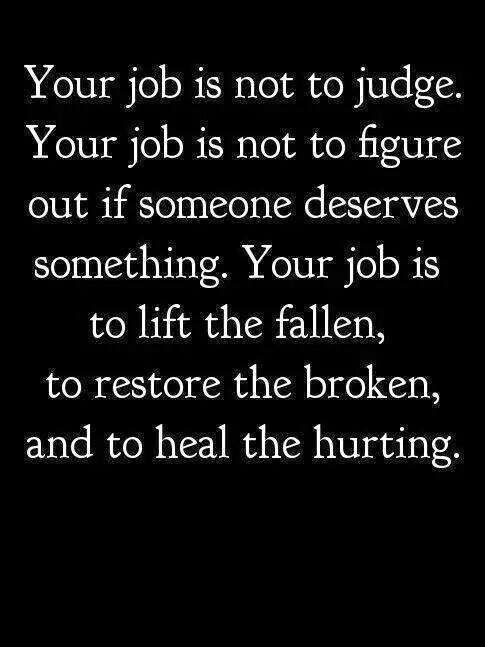 I know that LOVING rather than judging is the right thing to do- but sometimes it can be so hard!
POST-SCRIPT:Jack & Jill's parents stayed together less than a week before breaking up again.
Posted by Mary at 3:38 AM

You and your family will be in my prayers tonight. I sincerely hope for the best!!