Years ago I wrote very briefly about celebrities who adopt.  I guess this could be considered a continuation of that post.

Just today in my Facebook feed I came across two quotes from celebrities who have adopted and after I read them I thought, "That's actually pretty noteworthy."  So here they are: 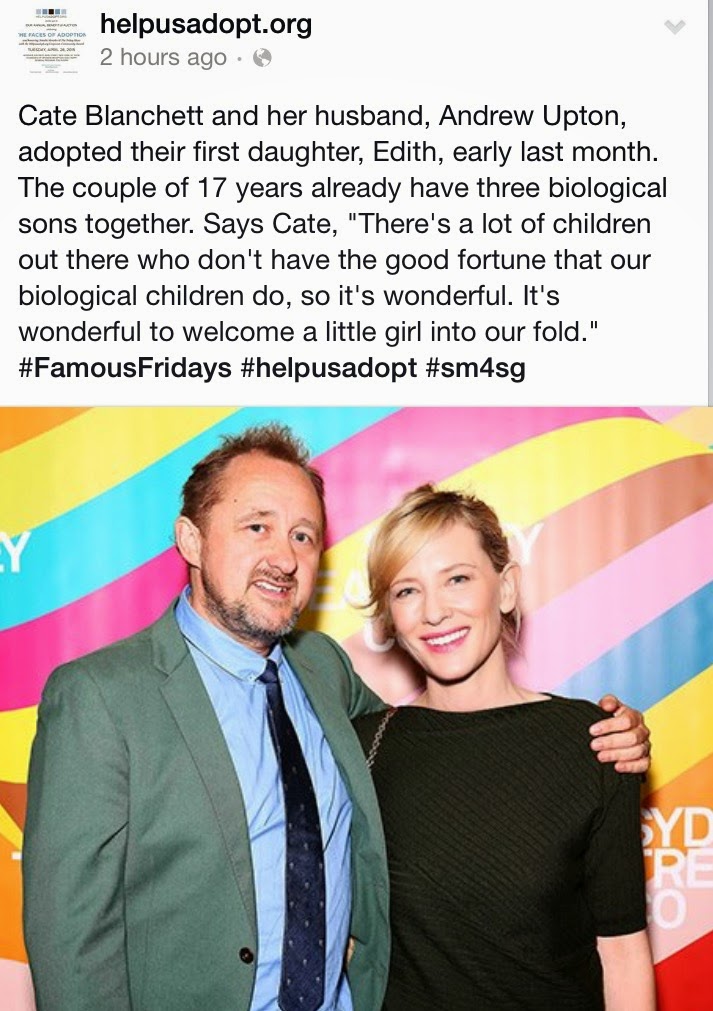 "There's a lot of children out there who don't have the good fortune that our biological children do, so it's wonderful to welcome a little girl into our fold."
-Cate Blanchett 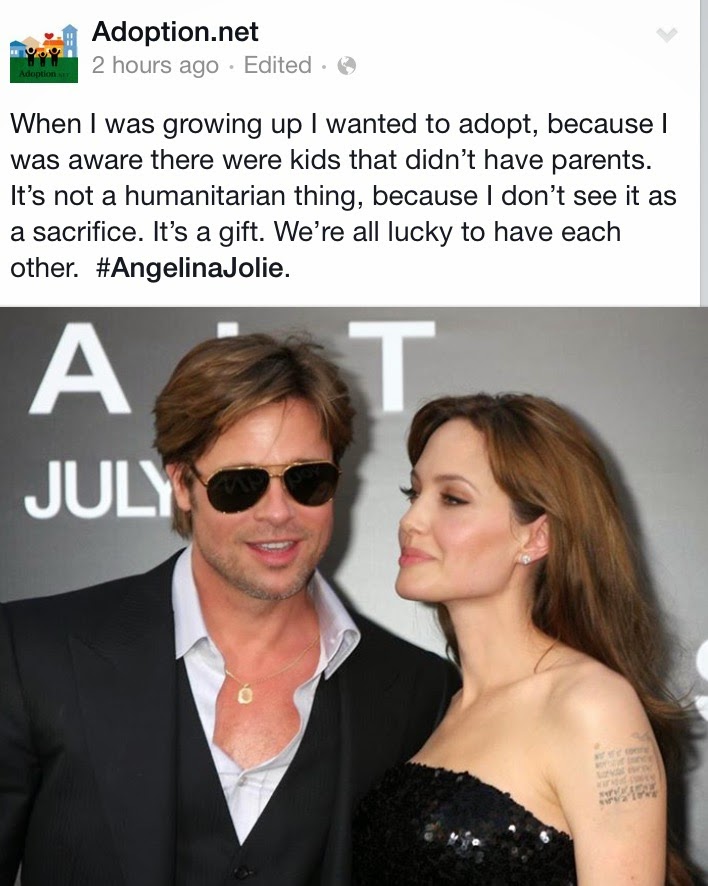 Then, just for fun, I googled some other positive quotes by a few other celebrities who have adopted: 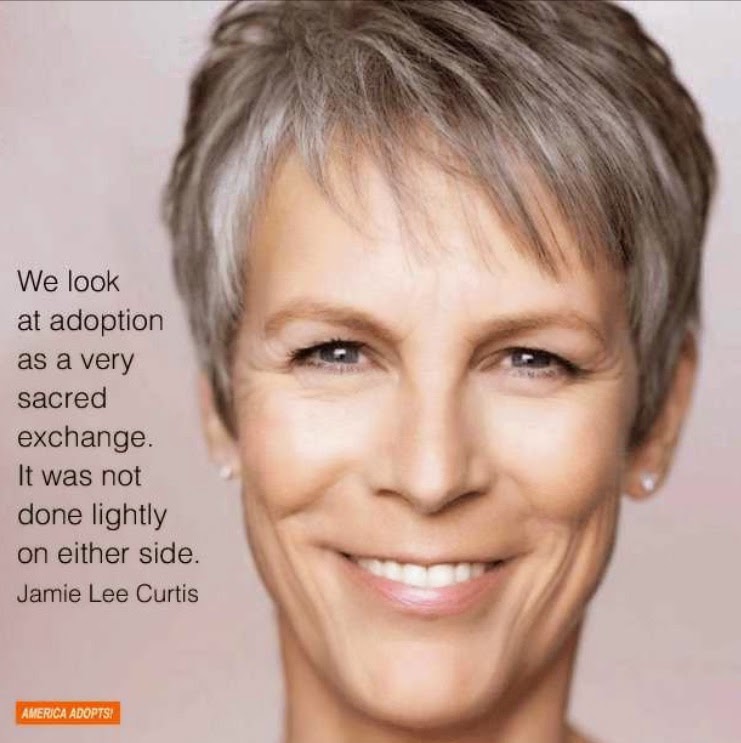 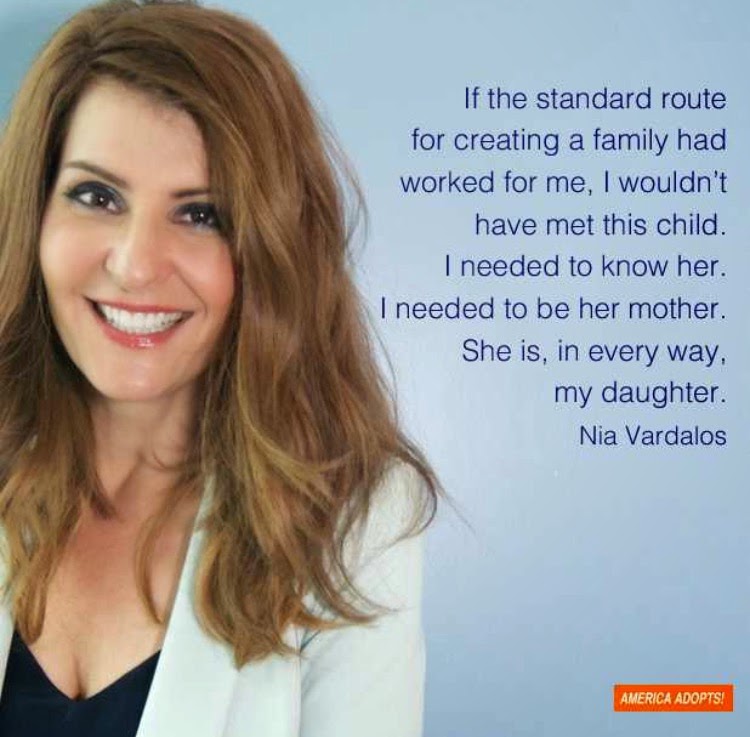 Props to Nia Vardalos for advocating for adoption from FOSTER CARE! 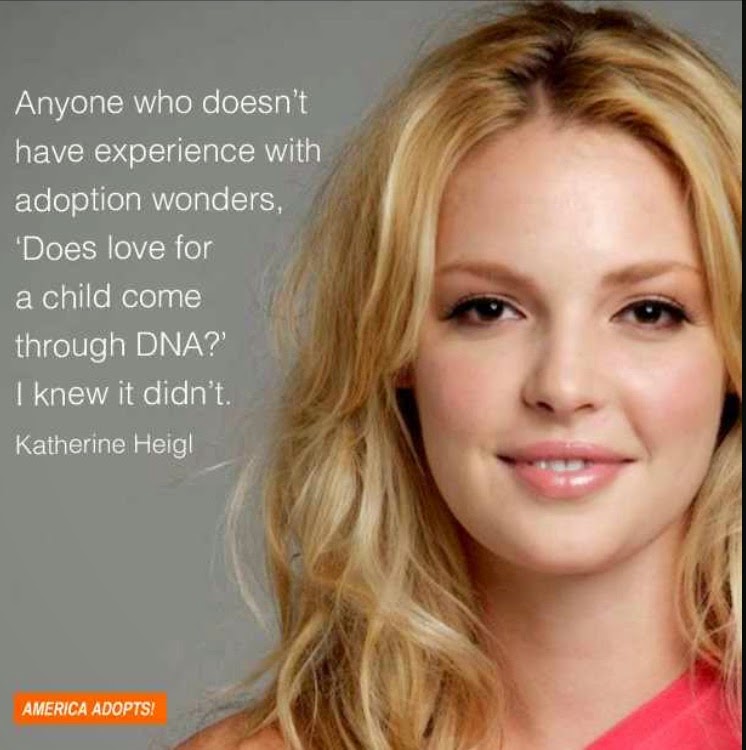 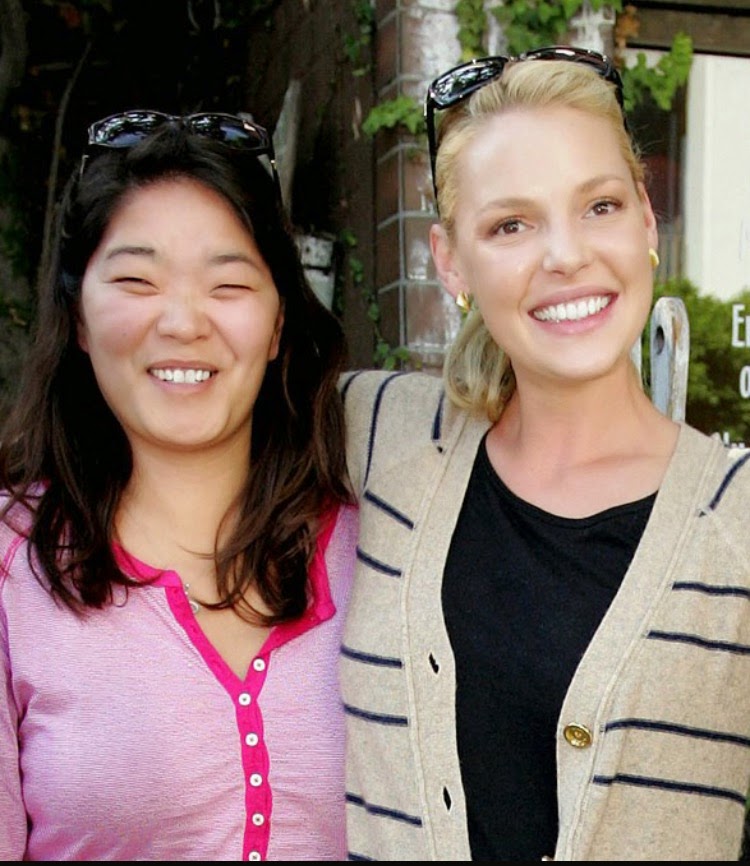 "Adoption has been a part of my life and a part of my family, so it was how I wanted to start.  It felt natural and right to me." -Katherine Heigl 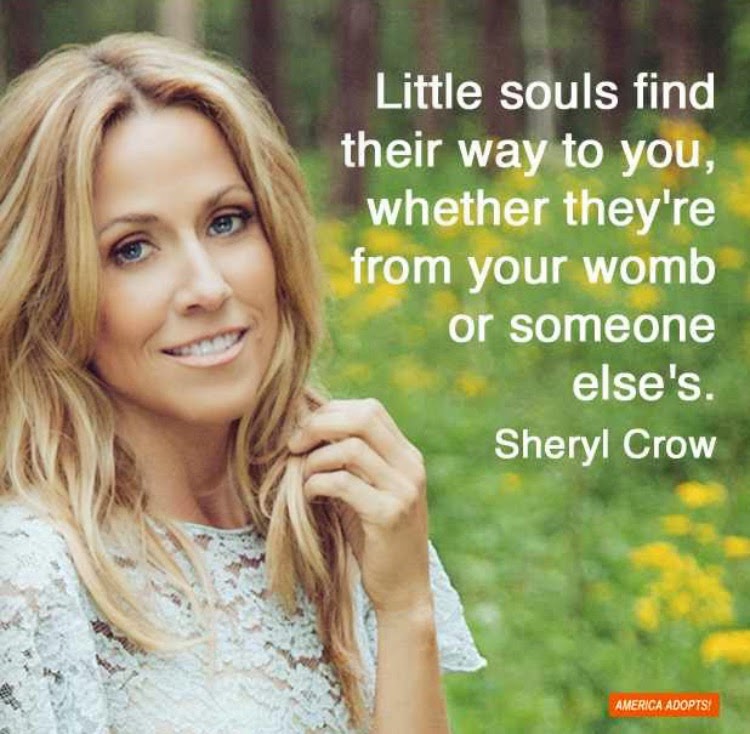 I LOVE that one- AMEN!

I also quoted Hugh Jackman back in this post:

"I don't think of them as adopted- they're our children.  Deb and I are believers in . . . I suppose you could call it destiny.  We feel things happened the way they are meant to.  Obviously, biologically wasn't the way we were meant to have children.  Now as we go through life together, sure there are challenges, but everyone's in the right place with the right people."
Posted by Mary at 12:46 PM

Excellent adoption quotes. I have composed some quotes from you. Thanks for sharing!!