The only other "Matching Mondays" post I ever did had a theme and this week as I was searching through photo listings I came across more than one set of twins, so here's to any families out there who might be specifically looking to adopt a sibling group of twins: 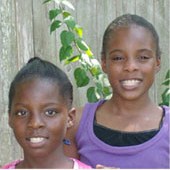 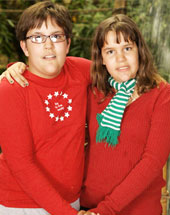 I recently attended a training where a seasoned foster mother addressed the topic of dealing with reunifications. This woman has a wealth of knowledge from her experiences [She has 19 children, many of whom have been adopted from the foster care system] and one thing I jotted down that she said is that “As intense and hard as the pain and grief is at reunifications- you must think of an emotion even stronger than grief or loss to get you through.” (and, I might add, to continue to foster.) What is that emotion? In a word: LOVE. In other words, it’s not about what you’re going to “get” out of fostering, but what you have to give. To put it another way, I read another foster mother describe it this way: “It’s not about you.”


One of the earliest lessons I learned and continue to re-learn about foster care is that it isn’t about US and our wants but sometimes it’s hard to keep the needs of the foster children above my own personal desires- especially when comparisons come into play of what my family has to offer in terms of safety, stability, nurturing, opportunities, financial stability, etc. when contrasted with their family of origin.


I was very impressed with the amount of maturity, selflessness, and compassion this same woman displayed when she was faced with the situation of potentially adopting two little boys who had been in her care as her foster children. This foster mother has learned that it’s beneficial to keep an open relationship with parents and relatives of her foster children (to the degree that is as safe as possible, because in some instances that option just isn’t possible). Because of her willingness to keep the lines of communication open, she and her foster sons were visiting with their grandmother. This foster mother, who up to this point could have easily adopted these two young boys without any interference from the State or next of kin, asked the grandmother, “Why is it that the State hasn’t given you the option of you raising your grandsons?” The grandmother answered “It’s because I don’t have beds or dressers for them.”


Do you know what this foster mother did? She and her family helped furnish her foster son’s grandmother with the necessary beds and furniture so that she would be able to have them in her care because she felt so strongly that nobody should be prohibited from raising children simply because they can’t afford it. (Incidentally, I sometimes feel like people shouldn’t be prohibited from adopting a child just because they don’t have an extra $30K lying around, but I digress . . . ) I found her actions to be extremely selfless.  This foster mother put family preservation above her own desires to adopt these boys she had been raising. What a great example.
Posted by Mary at 4:58 PM 3 comments

The Road to Reunification

Rose’s parents are doing well and working hard to do the things required of them in their Service Plans. In fact, the judge praised them both for their efforts at their last review hearing and because of their progress weekday visits are no longer being held at the DCFS building but in Rose’s mother’s apartment. Rose’s mother was absolutely elated when the Guardian Ad Liteum gave the approval to start transitional home visits and on the day of the first visit she excitedly invited me in and showed me all of Rose’s baby things which have been sitting in storage and have just been waiting to be used. In addition to home visits, Rose’s therapy/parenting sessions between her and her mom are being moved to every other week (rather than once a week) and the OT has agreed to hold the sessions in Rose’s mother’s home so it’s more of a natural, home environment. Also pending approval, weekend visits (which up to now have been supervised in a relative’s home) will be held at Rose’s dad’s place.
At this point in time, Rose’s parents are living separately- which is a good thing and much safer than the alternative- I’ll just leave it at that. Although Rose will be returning to her mother’s custody and care, her father would still like to be a part of her life, too, which is why he has committed to completing the requirements in his Service Plan.
As reunification draws near (the Permanency Hearing is just 6 weeks away!) I am also full of conflicting desires and emotions of wanting Rose’s mother to succeed but wishing we could have this sweet baby as part of our family forever. As I mentioned before, Rose’s mother is doing great now- but I worry that she’ll have enough social supports in place to rely on when she has Rose full-time and when things get difficult. I’ve mentioned these same concerns with the caseworker.
If Rose’s mom were flaky and uncommitted in her efforts to get her daughter back, then I would have an especially hard time letting Rose go, but almost without exception she has always showed up to her visits and the few doctors or other appointments she has missed have been primarily due to work conflicts or legitimate sickness.
My biggest concern for Rose’s mother is what will happen when Rose is in her care full-time and she is not only thrust into the new role of being her primary caregiver, but balancing that with being a working, single mother as well. Who will she turn to when she gets sick or stressed out or just needs a break? As Rose’s foster mother, I’ve been her primary resource these past seven months and she’s been able to call or text me on occasions when she can’t make it to an appointment or visit, but when Rose is no longer in my care and when her mother finds herself in the role of full-time mom again (not to mention primary breadwinner as well) the option of “calling in sick” just won’t be there.
Another thing I’ve learned from the parents of our foster children regarding their support systems is that it’s not just a matter of simply having family members or friends around to rely upon for support in caring for their children, but it’s a matter of having appropriate family members and friends to turn to for support- those who are equipped to provide a safe environment for their child (because they would be able to pass a background check, if needed, in the case of providing kinship care or approved day-care) and individuals who aren’t struggling with the exact same issues that brought the foster child into care in the first place. In other words, domestic violence, abuse & neglect, and addictions are SO cyclical in nature.
Posted by Mary at 4:57 PM 0 comments

For any who have been wondering about our current foster placement here’s an update:  Rose is thriving physically, weighing in at over 14 pounds last month at her six month doctor’s visit!  Many of my friends and family members have commented about the improvement and contrast in her appearance (specifically her healthier-looking color and weight gain) since she was first placed into our care, which is good to hear because when you’re with someone all the time such changes might not be as readily apparent.


Her eyelashes and nails are growing like crazy and her hair is finally starting to come in thick, too.  Rose is teething, eating solids, babbling, squawking, and ROLLING all over the place.  I wish I could report that she’s sleeping through the night- which she did for a couple of blessed weeks- but one look at the bags under my eyes would quickly tell you otherwise.  I blame it on a growth spurt which, despite my preference for sleeping through the night, is actually a good thing.  At least that’s what I have to remind myself as I drag myself out of bed each morning at 3:30 as soon as I hear my fussy “alarm clock” automatically going off in the nursery!
I am happy to report that Rose’s reflux/spit-up has greatly improved over the past month so that she was taken off her medications and she no longer has to wear a bib at all times during the day.  It’s also been nice not to have to change her (or my own) outfit multiple times a day and it has significantly cut down on the laundry.
Rose is a very sociable baby and smiles and coos at just about everyone she sees.  Needless to say, she hasn’t quite entered into the stranger anxiety phase yet, but it is clear that she prefers me over others as her primary caregiver.   In fact, I’ve had a few awkward moments when I’ve dropped her off or picked her up at visits and rather than looking at her mom who is eager to greet her or say goodbye, Rose keeps her little smile and gaze steadily fixed in my direction.  At one such instance I turned to little Rose and with a tone of mock chastisement, I told her, “Look at your MOMMY- not me!” to which she just cooed and smiled.   Another time when she wouldn’t stop staring at me her mother said, “You’re gonna’ make me jealous!”  I’m not sure if her remark was directed towards her own baby or towards me.  Jealousy and possessiveness in foster parent/birthparent relationships or even open adoptions is another topic I’d like to explore further but that will have to wait for another post.
Back to Rose . . . although she seems to prefer me to other caregivers I believe the honor of her favorite person in the world, however, is a title reserved for our daughter.  Rose adores her and watches her every move and lights up at the sound of her voice or whenever she enters the room.   My favorite part of the day is hearing Rose and my little girl giggle together as they play.
Our daughter has enjoyed Rose for the most part, but she also gets annoyed when she cries too much (thankfully her colicky days are over but now she’s moving on to teething which ushers in its own share of fussiness and tears as well.)   Another annoyance for our little girl is when Rose grabs one of her toys with her eager little fingers, sticks it in her mouth (as all babies do), and starts chewing away like a little puppy dog.  The result is that my daughter’s toy is covered in slobber, or worst case scenario: spit-up.   My little girl takes it personally and is crushed.   During one such instance my melodramatic daughter  burst into tears and exclaimed “She spit up on my favorite teddy!” (As if the baby intentionally set out to do it).  An oft-repeated lecture then ensues on my part about how babies will put anything into their mouths and she should remember to keep her special toys separate from the baby toys and out of the reach of little hands (and mouths).
Posted by Mary at 4:57 PM 0 comments