I have a friend named Judy.  Judy is both an adoptive mom and a social worker and I don't think she's even aware of this, but I've heard her say two things regarding adoption that have always stuck with me.  I'd like to pass them on in case they're helpful to anybody else.

Judy recounted how she heard someone once tell her "But I just don't understand how you can love a child if they're not biologically related to you?"

Judy's calm but oh-so-wise response to the woman who expressed this concern was:

Woman: (Somewhat puzzled) Of course not!

Judy:  But do you love your husband?

Judy:  But you don't share any genes with him- how can you love him? 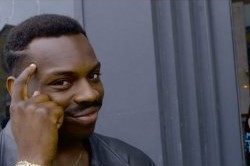 That simple explanation was enough for this woman to "get it" and understand something she didn't quite relate to previously.

The second example is not something that Judy actually said but that one of her adopted daughters has told people in response to the question:

"How long have you known you were adopted?"

Her daughter's similarly rhetorical reply is "How long have you known you were a boy or a girl?"  In other words, when something is never questioned or hidden but just explained as an obvious fact, then there is no sudden "A-ha" moment of realization because it's as natural as having a belly button- you don't question how it got there- it's just always been there. 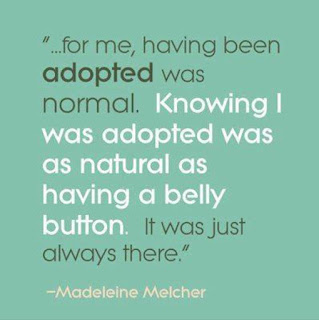 I share those examples in the hopes that they might be helpful in explaining adoption to others or in reassuring any prospective adoptive parents out there that if you share with your child that they were adopted from the very beginning, it just becomes a part of who they are, which can be beneficial in preventing less identity confusion or resentment from not knowing later on in life.
Posted by Mary at 1:17 PM 0 comments 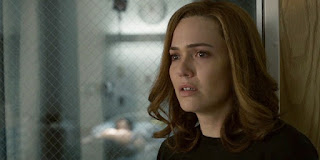