The circumstances surrounding our recent adoption compared to our first adoption (and more specifically, the birthmothers of our children in each case) are so vastly different that it is like comparing apples to oranges.

I suppose that open adoption in any case can be tricky to navigate but in cases of foster adoption if your children’s first parents have severe mental illness, criminal records, ties to drugs and gangs, or a history of neglecting, endangering, or abandoning their children it doesn’t exactly make you want to embrace continued contact with them with open arms.  The safety and privacy of your children and family trump all else.

However, despite the fact that Jack and Jill’s first mother is ____________ (fill in the blank): a drug addict or mentally ill or homeless or not capable of parenting [she is not all of those things, by the way, but those are some very common conditions of the parents of children we’ve fostered, to use as examples] doesn’t negate her place as first mother in their lives nor do such unsavory facts or labels negate the role or influence- be it good or bad- that she or any of the parents of the children we’ve ever fostered have on their children.  Not acknowledging their birthmother would not only be disrespectful to her but dishonest as well- it would be hiding part of our children’s story, even if that story did not start out under the best of circumstances.

After Jack and Jill’s birthmother relinquished her parental rights two months ago DCFS allowed her one final “goodbye visit” with her children at the DCFS Office.   I was grateful that the caseworker supervising the visit took the time to record the visit and made copies for us and for her.

Although we are under no legal obligation whatsoever to keep in contact with Jack and Jill’s first mother, we have decided to let her have continued, yet limited, contact with Jack and Jill based on what is in their best interest.   Herein lies the dilemma: it’s really not in their best interest (at this point in time, at least) for them to have continued contact with her.  And yet, we know that their first mother is having a hard time losing two children.  Because of this, between the time of her “official” goodbye visit and the adoption we all met at a third-party location (that sounds so secretive- but it was just a McDonalds) where she visited with Jack and Jill for an hour.  We took lots of pictures and it was amusing to see Jack interact with his baby brother whom the children have met at least once before at one of their supervised visits where their birth grandma was able to lend a hand.  Jack has always had a gentle nature and couldn’t give the baby enough hugs.  Jill, however, didn’t want to share any attention so she was totally ignoring the baby and doing her own thing.

At the end of the visit after watching their mother interact with the kids it was just confirmed to my husband and I what we already suspected:  Although it was fun for Jack to see the baby, the visit wasn’t so much for our children’s benefit as it was for their first mom’s sake.   In truth, Jill much preferred to have “Daddy” chase her around and play with her each time her birthmother tried to pick her up and hold her.

So that’s where we’re at with continued contact at this point in time.  Over the past several weeks we’ve been trying to set up some boundaries between our children’s first mother and ourselves which can be tricky and somewhat awkward.  The hardest part for us has been trying to find a balance between being sensitive to her loss and feelings while simultaneously helping her to understand that she is no longer their parent and because of that, Jack and Jill need some time (and space) to bond with us as their full-time parents.

Not only would such space give Jack and Jill a better sense of permanency but hopefully such space will give us some breathing room as foster parents coming to the close of a year and a half long emotionally exhausting case which has been full of weekly required visits.  We also think that such space and temporary separation, although understandably hard on her, would be beneficial for their first mom and her healing.  At this point so close after relinquishment and adoption any personal contact she has with Jack and Jill will just make things harder.

One option I’m considering to help Jack and Jill differentiate between their first mother and myself, now that I am their official mom and she no longer is, is to refer to her as Mama ________ (her first name).  That way we still both retain the “mother” status but there is a difference for them between “the woman who used to be my mother” (somewhat less formal by attaching her first name in back of “Mama”) and “my current mother” (simply “Mama”). 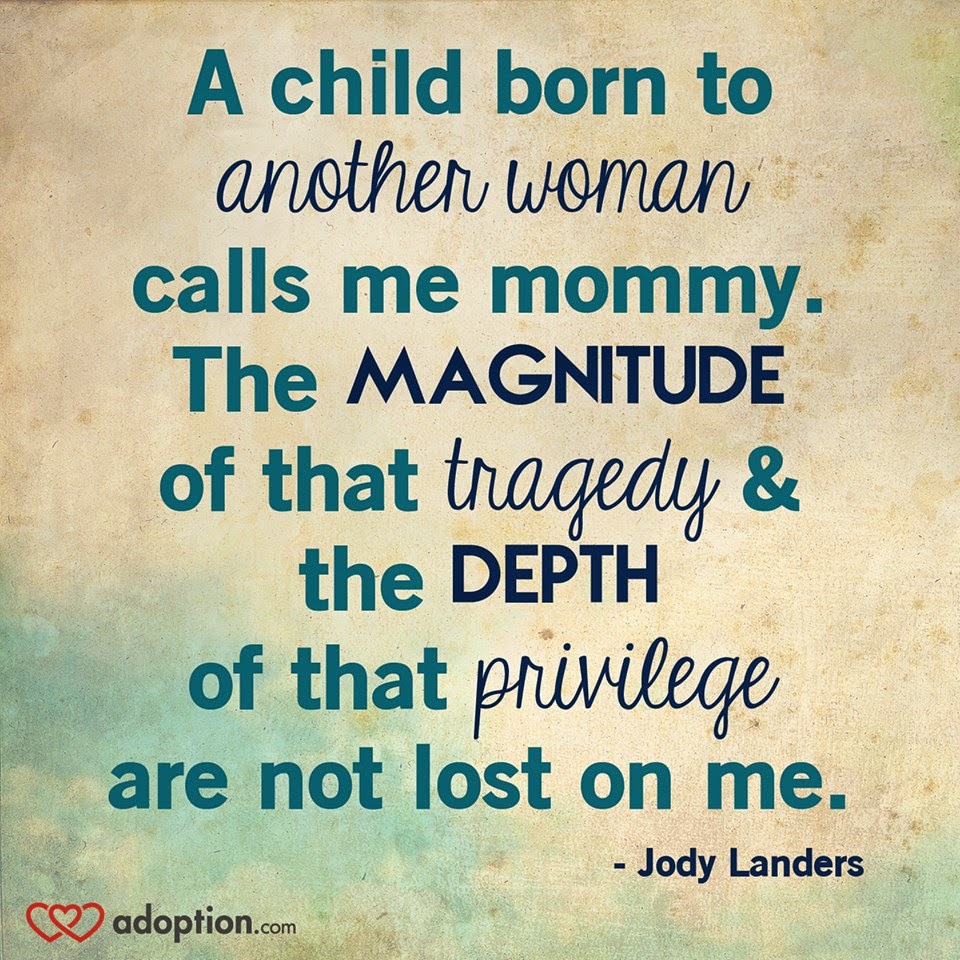 As for Jack and Jill’s birthfather, he hasn’t had any contact with them since last summer and they thus haven’t been faced with the dilemma of having to differentiate between two daddies.  I envy my husband for not having to deal with any of that parenting drama/competition because sometimes it’s hard to share such a crucial role- especially when most parents don’t have to share their child with another mom or dad when they welcome a child into their family (step-parenting is certainly one exception.)

Although Jack and Jill’s birthfather expressed the desire to relinquish his parental rights last year he never actually showed up to any of the court hearings to officially do so and therefore, at the recent pre-trial hearing where Jack and Jill’s mother relinquished her rights, their birthfather’s rights were officially terminated in his absence after having been given advanced notice.
Posted by Mary at 9:43 AM