When our little boy was adopted from foster care at 2 ½ years of age we were delighted at the leaps and bounds he had made over the year and a half since being placed in our home.  When he was first placed with us he was behind in motor development, unable to calm himself down if left alone in a room for ANY period of time, and as he got older it was apparent he was behind in expressive language skills as well.   I remember honestly worrying about if he would ever learn to talk instead of just grunt.  Fortunately, he qualified for services and received occupational and speech therapy in our home.  By the time we adopted him he had graduated from his therapies and I remember breathing a sigh of relief and perhaps somewhat naively thinking, “Maybe he’s all ‘caught up’ now!”

Fast forward a couple of years and he is an inquisitive preschooler.  How ironic that I ever worried about him not being able to talk because now the opposite is true as he is at the stage where he asks questions about everything!

Although my four-year-old is pretty much “on track” as far as getting along with people and forming attachments, over the past couple of years my husband and I have noticed a few concerns in his development where he seems to be somewhat slower or he even has some “quirks” for lack of a better word.  Sure, he can function but there are a few areas that are a little "off".

Our suspicions about our son’s development were confirmed when at a Parent Teacher Conference  last year his preschool teacher shared some of her observations which mirrored our concerns. “So it’s not just us” I thought to myself.  His pre-school teacher suggested that he be evaluated for Special Education Pre-School.  I immediately got the evaluation set up and a couple months later he was evaluated by a team of child development specialists which resulted in some good news and bad news.  But before I get to the results let me share some of my thoughts that were going through my mind at his evaluation:

Before the evaluation began I was surprised at how emotional I became as I was filling out a questionnaire regarding his development.  As I answered some of the questions which I have answered in the past on similar questionnaires I became overwhelmed with a sense of both amazement and gratitude at how far he’s come.  I actually felt tears start to from in the corners of my eyes.

Then I felt a tinge of sadness that he is still lacking in some areas.  I noticed how a few of the other children at the evaluation couldn’t let go and separate from their parents to even begin the testing in the first place.  In some cases, their parent had to sit next to them the whole time while most of the parents just watched their children from a distance on some chairs set up.  There were a few other cases where a child could hardly sit still and I remembered thinking (since my son was eager to move from test station to test station as if he were moving from one carnival ride or game to another) “At least he’s not too bad,”  And then I immediately felt guilty for feeling relieved that things aren’t worse when other parents have to deal with such difficult situations and behaviors.  It was like a roller coaster of emotions in a matter of minutes.

After my son moved to all the different “stations” set up at the evaluation- one to check his vision, one to see if he could count and recognize numbers, one in which his fine and gross motor skills were assessed, etc. he was allowed to play with some play-doh at a table.  The Special Education Coordinator informed me that he was done with the testing and that she wanted to discuss his results with me.  We stepped into an adjacent private room.

“What are your biggest concerns regarding your son?”  She asked me.  I almost wondered if it were a trick question or if she were testing the waters before breaking into some bad news.  I explained his history and some of our concerns and after citing a specific example she said, “The children we work with have trouble walking- period.”  which I pretty much translated as, “maybe your child doesn’t walk the same as other children but at least he’s walking.”  Don’t’ get me wrong, this woman wasn’t trying to be condescending or anything, she was just explaining that he wasn’t visibly far enough behind in certain areas of development to qualify for special education.

She then proceeded to show me the results of his tests and where he stood in relation to other children and announced, “He didn’t qualify for services.”  The news that he didn’t qualify for special education preschool was both a relief but also a frustration as I know that he’s not at a level where he should be.  I did, however, appreciate the coordinator taking the time to go back to the physical therapist who performed part of the evaluation to ask some clarifying questions about my son and then coming back with some suggestions based on his feedback.

The bad news is that the evaluation didn’t pinpoint exactly what might be wrong with our son- or perhaps “developmentally lacking” might be a better phrase to use.   I happen to be persistent when I want some answers- even more so when it benefits someone I love- so I have done a bit of reading and research and am happy to report that another evaluation with an occupational therapist is set up in the near future to see what, if any, diagnoses could be made, but more importantly than any labels is what services our son could benefit from. 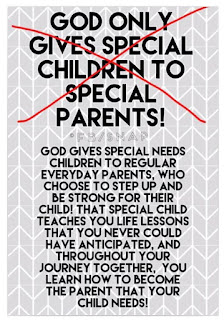 One of my points in sharing this is that even in cases where you think, “This child is all caught up!  They’ve come so far!” I was reminded that the brain continues to develop through young adulthood and in each new stage there may be new issues that manifest themselves.

I want to share something else I’ve come to realize as a foster adoptive mother.  Our little boy was just 11 months old when he was placed with us, but his little sister whom we adopted at the same time we adopted him, was placed with us as a newborn right out of the hospital.  I sometimes think, “Well, since we got her from the very beginning (as opposed to her older brother) we have a ‘fresh slate’.  Wrong!  Her in-utero development and genetic make-up has as much to do with her development as our home environment and the nurturing she’s received while in our care.  Nurture and nature BOTH play a role in how a child will turn out.

As far as any special needs our youngest daughter may have, I think it is important to remember that when she’s throwing a fit or having trouble regulating herself that it is not necessarily a reflection on my parenting but rather, a reflection of what’s going on in her mind and body.  It is MY reaction, however, that is crucial in influencing how she handles stress in the future. 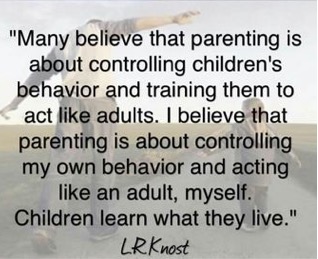 I have my predictions as to which official diagnoses my daughter will have as time goes on.  Many times official diagnoses for learning disabilities or other issues can't accurately be made until kindergarten or first grade when a child can be observed in a classroom setting.  However, I do know of at least one psychologist in my area who offers comprehensive neurobehavioral evaluations for children as young as pre-school aged.

As far as raising children with special needs (and discovering more about WHAT their special needs are and how they can be treated) I guess I have a love/hate relationship with diagnoses or labels.  Although I love being able to have an answer and to know “There’s a reason for this!” the important thing for me to remember is to see and love the child behind each diagnosis.  After all, people are much more than just labels.
Posted by Mary at 1:58 PM